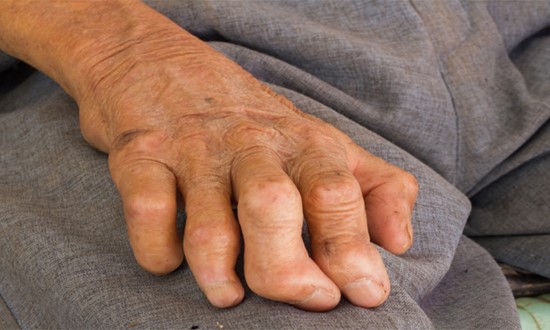 Leprosy is a chronic and progressive bacterial infection. It primarily affects the nerves of the extremities, the upper respiratory tract and the lining of the nose. Leprosy produces nerve damage, skin sores and muscle weakness. It can cause severe disfigurement and significant disability. The disease develops slowly (from 6 months to 40 years) and results into skin lesions and deformities. Most often it affects the cooler places on the body like eyes, nose, hands, feet and testicles.

Leprosy is caused by slow-growing bacteria called Mycobacterium leprae. It spreads by coming direct contact with the mucus of an infected person. This usually happens when the infected person sneezes or coughs. Close, repeated contact with an untreated person leads to contracting leprosy. This disease has an incubation period (time between infection and appearance of its first symptoms) of up to 5 years. Symptoms may not appear for as long as 20 years.