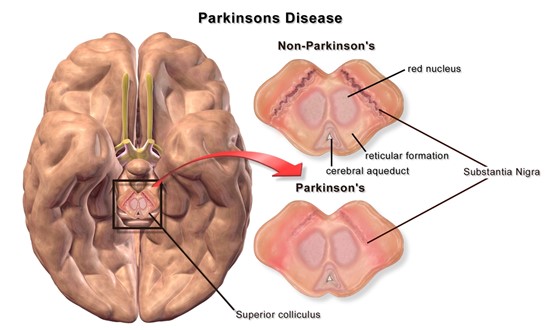 Parkinson is very gradual progressive nervous disorder in which the body loses control over its muscles. The nerve cells help to control and coordinate the movements. When nerve cells in the brain don't produce enough brain chemical, the brain cell dies. Absence of brain chemicals in the nerve cells leads to Parkinson’s disease. It is a disease in which a patient often shakes (tremors) involuntarily and has trouble walking and moving.

Parkinson's disease causes are unknown and significance of genetic factor is being debated. This has generated a belief that this disease might be occurring due to exposure to environmental toxins, pesticides, paint and solvents. It might occur due to certain lifestyle factors and Vitamin D deficiency.